Why Do We Tip 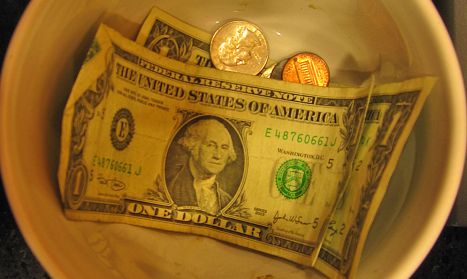 Across the world, there are various countries that are making efforts to cut down the tipping component while dining or availing similar services. Tipping contradicts certain minimum wages acts and is not always in the interest of national economies. However, you would still find most of the diners and service takers tipping their servers. Let us see some of the reasons behind our continuing tipping habit.

Many people feel that it is a matter of their image in public and they should pay tips to display a positive image. For example, people pay tips to their waiters when they go out dining. They assume that a person who can afford to dine well can also tip well. Thus, a general perception of a similar kind makes almost everybody pay tips at their restaurant dining tables.

Another prevalent thought suggests that waiters and servers do not generally receive their minimum wages and require to be tipped. Thus, customers offer tips when they feel that a server might need it. Although this assumption might not be true always, they feel that they are compensating for a waiter’s quick and friendly service.

To appreciate the service

Many people also pay tips, as they really want to appreciate the service they receive. When they find the service quick, efficient, fast or friendly, they appreciate it by tipping the responsible server. However, this reason may involve the emotional role played by a server. For example, a particular waiter may treat customers affectionately and say some emotional sentences to attract their attention. This may melt the hearts of those customers who end up paying a higher tip rather than not paying a tip at all.

Thus, people should gain a good understanding of the situation and the need to tip someone before actually tipping them for their service.