Why do so many people get their tattoo removed 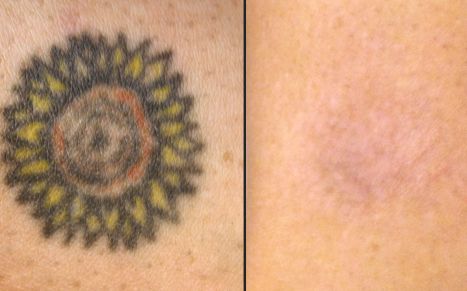 Tattoo removal today is as big an industry as the tattoo getting industry itself. While the reasons for getting a tattoo vary from person to person and are pretty widely discussed, the reasons why people would get their tattoo removed aren’t always that obvious. We try to explore some of the lesser known reasons behind tattoo removal.

1. The relationship has ended

Couples tattoos or tattoos indicating one’s love for a partner are uber romantic. But, as we all know, love isn’t always as permanent as a tattoo and when a relationship does end, having a reminder of it on one’s body could be excruciating. Post-breakup tattoo removal is one of the top reasons why tattoo eradicating specialists are able to pay for their own healthcare!

2. Your professional life requires you to be tattoo free

While having a tattoo isn’t uncommon these days, many organizations aren’t keen on hiring people with visible body art. Usually, people are allowed to cover their visible tattoos up with makeup though most employees are asked to get tattoos removed for the sake of professionalism.

Most young adults see getting a tattoo as a legitimate expression of their selves. However, that tattoo of your teen idols face or name is a lot less flattering when you’re a decade older.  Hence, that cute Hello Kitty Tattoo or the face of your teen idol on your arm seems unbearably childish and people just prefer to get those images removed than having to explain them to people.

4. The high wears off

Most tattoos begotten in a state of intoxication are sorely regretted the morning after. Like all ideas that seem brilliant under the influence, tattoos too are regretted when the high wears off and most people prefer to get them removed instead of having to live with embarrassing body art.