Why do people want to go to space 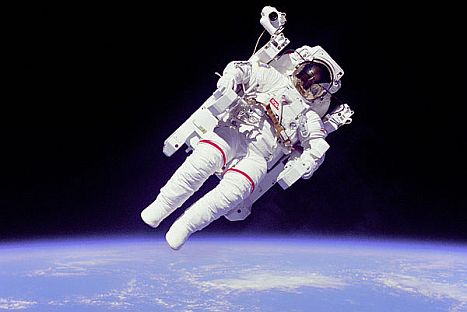 Humans, unlike other animals, have highly developed brains and just because of this humans want to explore the unexplored and outer space is the biggest unexplored area. Right after Yuri Gagarin made the historic space flight in 1961, a race started among nations to achieve the next target – moon. While there is no single reason as to why people go to space, the probable answers are categorized after the break.

Humans have wanted to travel in space because we have highly developed brains and we want to know what surrounds us. This is the fundamental reason why we have been in space, to the Moon and even we’re trying exploring other planets such as Mars. This exploring nature is the one that has made people climb Everest, crossed Antarctica and made other extreme adventures.

During the Cold War era, exploring space was nothing less than an international competition, where each participant wanted to prove his technological prowess. This competition led Neil Armstrong to be the first person to set foot on the Moon and this competition is making space agencies try to battle for the first position on Mars as well.

We have always envisioned that life doesn’t belong exclusively to earth and there might be several other extraterrestrial locations where life, or possibly intelligent life of some kind, can be found. This is the reason space agencies have set up space telescopes to get a closer picture of the distant world.

With global warming and climate change, the condition of earth is deteriorating at a fast pace. In the distant future, the condition might get so hostile that it would not be possible for humans to thrive on this planet. Anticipating a possible collapse of the global ecosystem, space scientists have started finding extraterrestrial locations that can house humanity after that. This is the reason we’ve built up space facilities like the International Space Station, where apart from several researches, scientists are also trying to figure out the long term effects on the human body as a result of living in zero gravity environment.