Why do people laugh at creationists 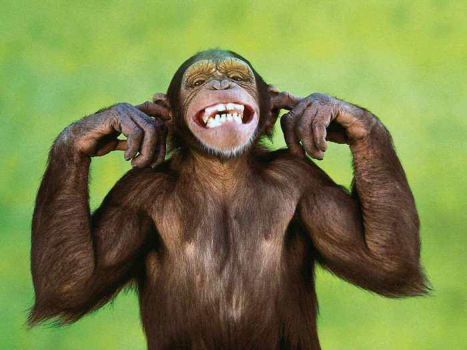 A topic that has started grabbing quite a few headlines over the past few years: Creationism vs. Evolutionism has everyone rooting for either the former or the latter in a battle that has gained momentum of epic proportions. While the creationists stick to religion and nothing else, evolutionists try to find a basic scientific reason behind everything that ever occurred, occurs and will occur in the future. And although creationism has its favors when dealing with religious faith, there are certain theories put forward by it that make its followers the butt of several jokes and mockeries.

Here are two of the most unscientific theories put forward by creationism which explain why creationists get laughed at more than a few occasions.

Dinosaurs existed along with humans

Yeah right! If that was true, then there would have been little doubt of who would have become extinct first!

Seriously speaking, scientific research has established with the help of fossil records, the existence of dinosaurs millions of years ago. Yet, creationists following the Bible strongly oppose their very existence and state that they are in fact mythological creatures (aka the dragons) that co-existed with humans.

Creationists also state that the so called Great Flood misplaced the fossil records that state that humans emerged only 200,000 years ago in sharp contrast to dinosaurs that were wiped out almost 65 million years back.

Radiocarbon dating is a process by which the correct age of an ancient object is calculated by isolating the radioisotope carbon 14C in the object. The process can effectively calculate the life and age of any carbon bearing object on the planet.

Creationists however, fail to acknowledge the process and say that it does not provide accurate results at all. Their arguments are based on the fact that different life forms have different decaying processes and periods, and blame the cosmic rays of the sun for altering the 14C carbon levels in the atmosphere (something they say would make the entire process of radiocarbon dating erroneous).

Creationists also state that the Great Genesis Flood happened to misplace everything on the earth, including the carbon balance. They claim that most of the 12C carbon was buried under the water and was later transformed into other forms like oil and coal etc. Thus, they claim that there is no way radiocarbon dating would provide accurate results based on the 14C carbon present in ancient life forms.