Why do people get bored 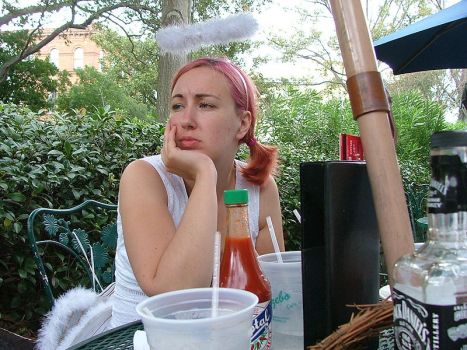 Feeling bored is one of the most common emotional states that every person on the planet feels on a daily basis. Even adventurers that make a living from taping shows that take them through the most exotic landscapes find themselves getting bored from a routine that has them performing the same kinds of stunts through an entire shoot. The scientific community has been too preoccupied with other pressing human concerns to research on boredom though there are a few theories out there that try to explain the science behind why we get bored.

The earliest known definitions of boredom was provided by German psychologist Theodor Lipps who claimed that boredom is a feeling of displeasure that is borne out of a need for intense mental activity and not having an option to indulge in such an activity. The lack of options may also arise from the fact that we are often unaware of what options we can pursue or what kind of stimulation we desire as well.

Any activity, no matter how desirable it is at another point in time, starts feeling like a source of boredom if it fails to provide enough stimulation to a person. Unless an activity demands a person to pay attention and stimulates them to pay attention too, it will induce boredom in them.

Ask any school teacher and they would tell you how difficult it is to prevent boredom in school students. Even though a new chapter or topic is pursued in every class through a school day, students find themselves getting bored. It isn’t because the material they are being taught isn’t stimulating enough; it is because they find the routine of coming to school and attending class too repetitive.