Why do kids lie 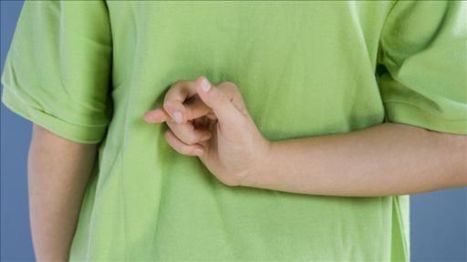 Most of the mothers begin to share the concern that their kid is lying as soon as they turn three. This may sound bizarre that children at such young age are capable of telling lies, but this is true.

Experts call it “being three.” By the time a child turns three, they begin to learn many things from their surroundings and also begin to experiment with their fantasies, imagination, etc. Telling lie is just a part of that fertile imagination at such young age.

Some children are too young to differentiate between reality and imagination, and we grownups take their imagination as lie. For example, a child telling about a flying cat in his/her room may not know that it is his/her imagination and nothing more.

As children grow up, they learn many unsaid things from their environment and telling lies is one of them. If his/her parents, friends and other people around tend to lie to him/her for the sake of their convenience, the child picks it fast and begins to use as an excuse to avert uncomfortable questions about mischief done by him/her.

Some children may seem to be lying to you, but it is also possible that they forgot the things and are telling lies to cover them up. Children also lie because they are too intimidated by their parents’ or guardians’ violent reaction to their works or actions and want to avert the distasteful scene.

Some children simply lie to put their point across among their friends or to show their supremacy over others. Once in a while, lying is not a serious problem and, in fact, is a part of growing up, but a tendency to say lies all the time is surely a problematic behavior and should be addressed early in life.