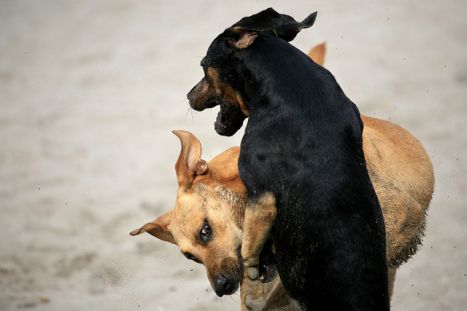 I have seen both the pet dogs and street dogs fighting each other so many times, and it is simply horrifying. While many people think that dogs simply fight to be top dog, there are many other reasons you might not know. Whether the dogs are strange or familiar, a dog fight can happen anytime and at times, it becomes impossible to stop or prevent them doing the same. Even well trained dogs can get involved in a fight. Here are some of the main reasons why do dogs fight.

1. Position in the pack: Mostly, dogs fight to establish their order of dominance and prove themselves as the leader of the pack. The pack nature of dogs says that there has to be a leader and dogs fight with each other to show their confidence and power.

2. Territory: Some dogs have a natural behavior of protecting their territory and start fighting if any other dog steps on their territory. Most of the dogs give a warning in form of growling, ears up or standing on toes to the rival dogs coming in their territory.

3. Food: One of the major reasons dogs fight is the food. Dogs normally get offended if some other dog, familiar or unfamiliar, tries to eat their food or approach towards their food. They start growling in order to tell the other dog that this is their food and they must not think of eating it. Some dogs even develop food aggression, as they are not getting enough food to eat.

4. Resources: Many dogs fight over their resources, which could be food, toys or their private spaces. Anything that holds value for a dog could be reason for a fight. They fear losing such valuable things to them and could get involved with other dogs in a fight.

5. Other reasons: Some dog breeds are bred to fight. They have a tendency to fight, which can be addressed by socializing them with other dogs and people at an early age. On the other hand, weak and scared dogs fight for survival. This can be referred to as fear aggression.

Every dog has a different reason to fight and once you get to know the exact reason, you can act accordingly to stop your dog from getting involved in fights. 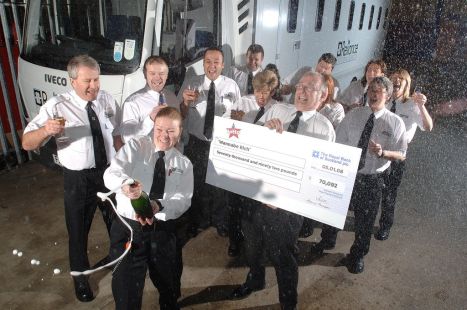