Why Do Czechs Love Their Beer 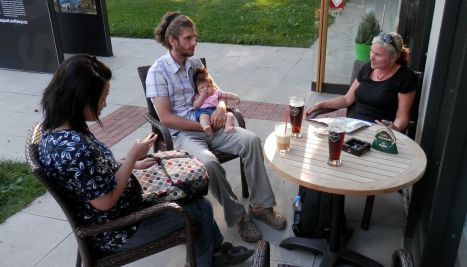 If you are in Czech Republic, trying their beer is a priority. Beer is their most popular drink that they adore. This place has a long tradition associated with beer and you will find that Czechs love their beer due to it being wonderfully delicious. Additionally, beer in Czech Republic is quite inexpensive. Probably, it is the cheapest drink that you might find there. Their beer is also rich in Vitamin B and is very healthy for people who are satisfied with a limited amount of beer.

Apart from these facts about Czech beer, you may find a wide variety when it comes to drinking beers at this place. Every type of beer will offer some unique flavor and taste. Some of the most popular beers include Pilsner Urquell, Velvet, Staropramen, Budweiser, Branik and Gambrinus. While Staropramen can give you a light fruity flavor, Pilsner Urquell holds a strong flavor. There are many famous breweries in Czech Republic that brew amazing varieties of beer. Ranging from a syrupy dark beer to a strong yet smooth beer, you can get almost every kind of freshly brewed beer in Czech Republic.

If you like a sweeter flavor, then you can go for Krusovice. However, you can pickup Bernard beer if you are fond of a bittersweet taste. Every individual can have their own kind of beer when they are in Czech Republic. It is not only about special beer ingredients, but also about the unique brewing process that Czechs use while preparing beers. Their decoction system of beer brewing makes their beers aromatic and caramelized. Thus, they really brew some of the world’s best lagers to many people’s liking. There is no doubt in saying that Czechs have a special love for their beers. It is like dancing and bathing in beer for Czechs.