Why Do Business persons Wear Neckties 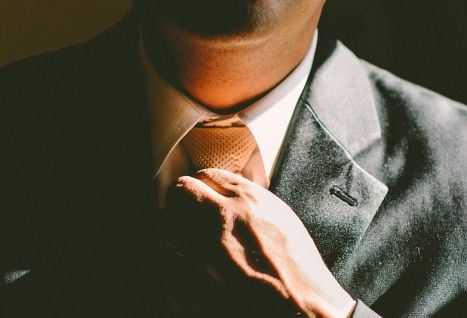 Neckties have been in use since the Roman age. However, their forms evolved over time. While neckties were previously used by men as an essential part of their attire, it soon started making them uncomfortable to wear ties at all times. Thus, the 20th century confined the use of these ties to formal occasions. Even businesspersons received relaxation to wear comfortable clothing in casual settings. While this evolution of the necktie is one reason why it is worn on formal occasions by businesspersons, let us look at some more trendy reasons that apply to modern times.

In recent times, it is believed that wearing suits with neckties maintains a formal atmosphere at workplaces. It is treated as a courtesy and manner expected from an elegant businessperson. A necktie has become professional formality that offers professional appeal to the wearer. Apart from that, matching suits with neckties brings a sense of authority to people working in formal settings. Most professionals feel more powerful in this attire. It is also used by businesspersons to influence their clients or partners.

On the other hand, some people feel that neckties are used by those who want to boost their ego. They feel that businesspersons simply show themselves off through their suits, boots, and ties. However, many individuals may not agree with this opinion. Another reason behind wearing ties with suits is to cover up any mismatched buttons or to enhance the looks of a nice shirt. It can further enhance the overall personality of a wearer.

Other than this, some businesspersons only wear neckties because wearing them is in trend. They want to look professional in a stylish manner. As a necktie is regarded as an essential piece of clothing of a gentleman, they want to reflect a gentleman’s personality. While there may be more reasons behind wearing a necktie, it is more important that a beautiful necktie choice is made for an impressive look.