Why Do Animals Become Endangered 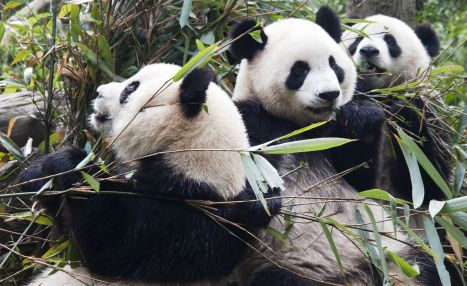 Did you know that an average of 100 species get extinct on a daily basis? Yes, this is the truth and there are a number of factors behind their extinction. Some of these factors are related to natural happenings while others are concerned about human activities. Check out why various animals become endangered every day.

All kinds of pollution of air, water and soil can affect animals badly. Pollution leads to the spread of toxic substances in groundwater and soil. Thus, all animals living in and around these areas face the dangers from these toxins. Many animals and birds die due to harmful substances. This makes several species go extinct.

Due to natural calamities and various human activities like filling up of swamps, cutting trees and building dams on rivers, many habitats of animals are destructed. There are various places that are supposed to be the habitats of these animals but where people make their dwellings and homes. Due to such construction, animals are forced to lose their habitats and move toward extinction.

Varieties of animals are killed on the ground during hunting activities of people. There are people who also do fishing for fun or professional purposes. Such activities lead to a reduction in the number of animal species in water and on ground. Even flying birds are targeted by human beings and their species become endangered.

The use of insecticides and creation of pollution can also lead to different types of diseases in animals and birds. Thus, this spread of diseases is also a major factor behind a few animal species becoming endangered.

Many a times, you would find that the population of animals at a particular place is high while their survival resources are lesser as compared to their number. Thus, a competition starts for acquiring resources like food, water and living space. In such cases, some species may not survive well and go extinct.